September’s Hit of the Month Winner, Portland Police Bureau’s North Precinct (along with the city’s other precincts), has been running an active campaign using Stop Stick® to crack down on illegal car racing and automobile exhibition sideshows that are becoming more frequent in their city.

In the spring, the Portland Police Bureau started working with community members to address the problems that these illegal activities were causing for the city’s residents and businesses. Portland Police have been dealing with staffing issues; which has caused a major blow pertaining to their ability to serve the Portland communities.  Oftentimes, issues like street racing don’t rise to the forefront of priorities for an immediate response – as those efforts are usually reserved for cases that are life & safety-related, such as assaults and shootings.

The city has recently seen an uptick in illegal street racing due to the lack of police presence and ability to respond, this has led the Portland Police to rely heavily on tools to help bolster their ability to address these illegal activities.

The illegal Street racing community recognized that the police often won’t engage in pursuits due to danger to the public or policy restrictions, which has forced the Police to turn to their strongest method of capture, Stop Stick®. Portland police have developed several tactical applications with Stop Stick® that they’ve embedded in their engagement policy. In most cases, an intervention strategy is already in place if a suspect decides to flee from the police.

When making a “mission-related stop,” police will already have Stop Stick® deployed far ahead of the location where the target vehicle is being stopped. Should a suspect then decide to flee, an officer is already in place with sleeved Stop Sticks at the ready – with additional Stop Sticks strategically pre-deployed beyond the officer’s location. 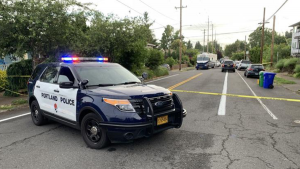 On one such occasion, Officers had attempted to stop a suspect’s vehicle, who proceeded to attempt to flee at over 100 MPH. Using their pre-deployed strategy, the suspect’s vehicle hit the first set of deployed Stop Sticks; then proceeded to give up as they noticed another Set of Stop Sticks ahead of them. The driver told officers, “After I was spiked, I saw more (Stop Sticks) in the road ahead of me, I knew I was caught. It was a bad choice, and you all were just doing your job.” 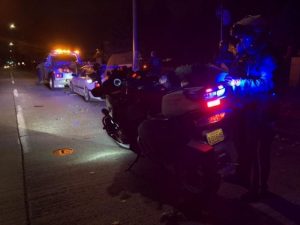 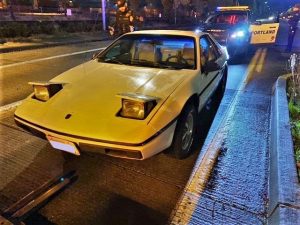 Portland’s North Precinct Acting Lieutenant, Michael Roberts, informed us, “When staffing becomes restrictive, we must alter our mindsets and find creative ways to address public safety issues without the traditional number of boots on the ground. For our mission and in this current time, Stop Stick® allowed us to have fewer officers to accomplish our objectives.”