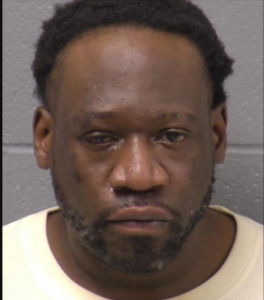 A 37-year-old Crete man has been arrested after an alleged Christmas Day armed robbery in Joliet. Larry Johnson has been charged with Armed Robbery, Aggravated Fleeing and Eluding a Peace Officer, Possession of a Stolen Motor Vehicle, Aggravated Unlawful Use of a Weapon by a Felon, No FOID, Defacing Identification Mark on a Firearm, and Obstructing Identification. 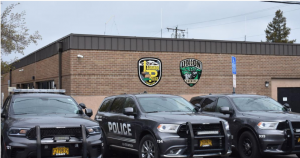 Law enforcement took a Portland man into custody after a car pursuit on Interstate 84 turned into a chase down Adams Avenue during the night of Wednesday, Dec. 21. 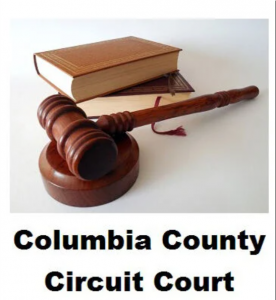 A classic rock song of the early 80s’ protested posted speed limits with a title, “I Can’t Drive 55.” A Columbia County man named Kendrick Sanders has been showing law enforcement he sometimes can’t even drive without going almost 100 or more miles per hour.

Sanders, of Magnolia, was on the December 15 docket in Circuit Judge David Talley Jr.’s court room for a revocation of probation. Because of multiple continued examples of disregard for Talley’s warnings about driving at rates of speed that put others in danger, the judge said he wasn’t going to put up with Sanders’ actions any longer. 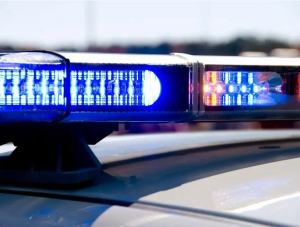 WESTPORT, CT — A Bridgeport man was charged with stealing a vehicle from Trumbull after a short chase in Westport, according to police.

A Westport officer attempted to stop a vehicle that went through a red light on Post Road East, Dec. 15 around 3:30 a.m.

The vehicle turned around in a parking lot and then began driving west on Post Road East, it ran another red light at Church Street, police said. 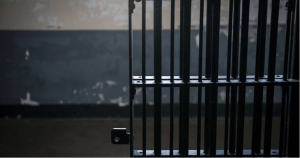 Two Baltimore men have been sentenced to 10 years each in federal prison for a 2019 armed robbery of a gas station convenience store in Aberdeen.

A 58-year-old DeLand man was arrested on Wednesday after he allegedly passed a note to a Publix employee demanding cash and indicating he had a gun.

According to the Volusia County Sheriff’s Office, the incident took place on Tuesday, December 20 at a Publix in Deltona. During that incident, Steven N. Williams allegedly passed a note to the employee, who did not comply.

Williams left the grocery store shortly thereafter. Police were tipped off to the incident and a short time later, a license plate reader in DeLand caught the suspect’s tag. 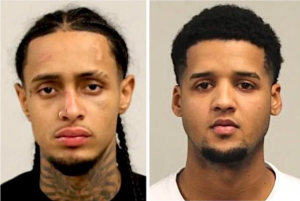 WESTPORT — A pair of New Yorkers, taken into custody in Greenwich after fleeing while being questioned by Westport police for suspicious behavior, face charges linked to the crime responsible for the rash of mail thefts in town. 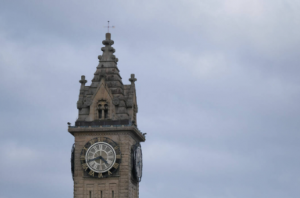 A Dayton man who led law enforcement on a 55-mile chase on Interstate 75 and then hid to avoid capture is going to jail.

He was indicted in April for receiving stolen property, a fourth-degree felony, and tampering with evidence and failure to comply with an order or signal of a police officer, both third-degree felonies.

Ware pleaded guilty in October to the failure to comply and receiving stolen property charges.

Additional arrest made in connection with August homicide

Investigators with the Nebraska State Patrol have made another arrest in connection with the quadruple murder that occurred in Laurel on Aug. 4. On Dec. 16, investigators arrested Carrie Jones, the wife of homicide suspect Jason Jones.

The ongoing investigation has included the forensic examination of phones owned by Carrie Jones and Jason Jones.

As the investigation has progressed, new information was discovered that indicates Carrie Jones played a role prior to the murders. 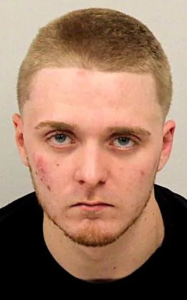 WESTPORT — A 21-year-old driver, who allegedly ignored two red traffic lights on Post Road East, was charged with possessing and trying to sell narcotics after being taken into custody following a brief chase in a stolen car, police said. 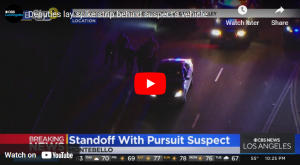 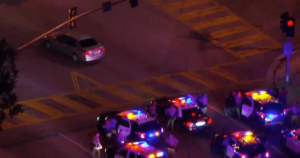 According to deputies, the pursuit was prompted by a possible assault with a deadly weapon in which the suspect is said to have used a knife.

The victim who called 911 on the suspect is unharmed and told authorities that the suspect pointed a knife in their direction, but no physical assault occurred.

Despite initial reports that the suspect was also armed with a firearm, deputies made it clear that they did not believe he had a gun inside of the vehicle. 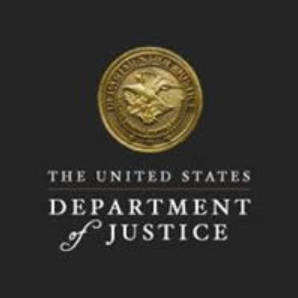 Baltimore, Maryland – U.S. District Judge Stephanie A. Gallagher sentenced Noland Rheubotton, age 57, of Baltimore, Maryland, yesterday to10 years in federal prison, followed by three years of supervised release, for an armed commercial robbery and for brandishing a firearm during a crime of violence.

WARREN COUNTY, Ohio (WXIX) – A police standoff resulted in I-71 traffic coming to a complete standstill for more than an hour Wednesday.

Around 12:30 p.m., Ohio State Highway Patrol responded to I-71 for reports of a Hyundai SUV driving recklessly near State Route 471, according to OSP.

The driver of the vehicle, later identified as 32-year-old Gerale Sanchez Witcher, of Cincinnati, refused to stop troopers, thus leading to a pursuit, troopers explained. 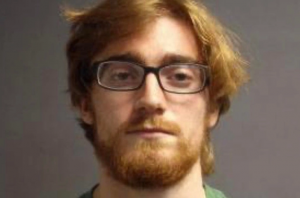 The Currituck County Sheriff’s Office has reported that on December 15, 2022 at around 2:30 p.m. a call was received about a careless and reckless driver heading into North Carolina from the Virginia state line.

“A traffic patrol unit spotted the described vehicle on Hwy 168 and tried to initiate a traffic stop in Moyock. The driver, Anthony Sulewski 20, failed to yield to lights and siren and a pursuit ensued,” stated CCSO. “The initial unit was backed up by the patrol Sergeant and multiple other units while heading down NC34. Stop sticks were successfully deployed on suspect vehicle and the pursuit continued onto Indian Town Rd. Deputies blocked off both sides as Anthony drove into a field. The driver was apprehended after a short refusal to exit the vehicle.” 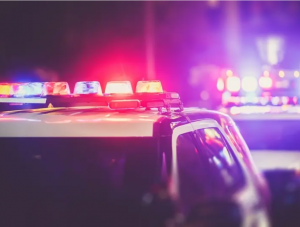 AMERICAN CANYON, CA — An East Bay man is accused of leading law enforcement officers on a multi-city, high-speed pursuit early Tuesday in a stolen pick-up truck, according to the American Canyon Police Department.

It started around 1:40 a.m. Tuesday when American Canyon police officers were dispatched to a report of a vehicle theft that was taking place in the 300 block of Los Altos Drive. Officers spotted the stolen vehicle, a white 2006 Ford F-350 truck, traveling southbound on Elliott Drive and tried to stop the truck.D 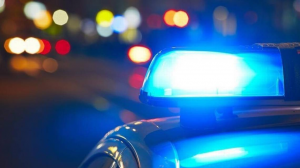 A Benbrook man who authorities say was driving a Suburban with no license plate led police on a lengthy and high-speed chase early Tuesday in Parker and Tarrant counties that reached speeds of 80 to 100 miles per hour before a spike strip stopped him in west Fort Worth. The driver was even chased on Fort Worth streets, reaching speeds in excess of 60 mph. 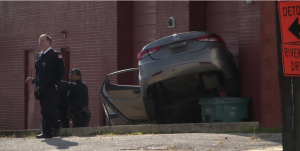 WARSAW — A Pierceton woman was arrested on multiple charges after a traffic stop led to the discovery of drugs.

MEMPHIS, Tenn. (WMC) – Three juveniles and one adult are in custody after police say they crashed a stolen car into a building Downtown early Tuesday morning.

Police say that the vehicle was stolen at approximately 3 a.m.

Officers were able to locate the vehicle with the suspects inside and pursued it.

Stop sticks were deployed and the vehicle crashed into a building at the corner of Mississippi Boulevard and South Danny Thomas Boulevard. 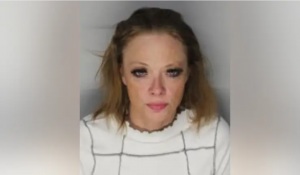 Police said Veronica Shane McClain had arrest warrants for unlawful driving away of an automobile, misdemeanor prostitution, and several traffic misdemeanor warrants when she ran from a traffic stop Thursday morning. 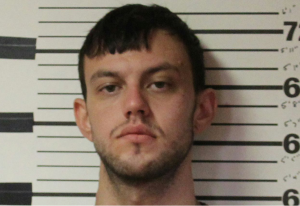 ZANESVILLE −A man is in custody following a high-speed chase that started on Interstate 70 and came to an end on Putnam Avenue.

According to the Zanesville post of the Ohio Highway Patrol, the chase of 29-year-old Matthew Mohler began at 11:37 p.m. Sunday on I-70 when troopers tried to conduct a traffic stop on Mohler for a defect violation. Mohler failed to stop and continued westbound on I-70 at speeds in excess of 100 miles per hour. Mohler then exited onto Maple Avenue and continued north before driving through the parking lot of Home Depot.

NORFOLK, Va. – A federal jury convicted two men last Friday on charges related to conspiracy to interfere with commerce by means of robbery.

According to court records and evidence presented at trial, Harold Spencer, 32, and Jon Morgan, 32, were members of a five-man armed robbery crew that were apprehended on March 18 after a high-speed pursuit through Virginia Beach following an attempted robbery of a Tiger Mart gas station. A pursuing Virginia Beach police cruiser’s dash camera captured the men throwing several loaded weapons from their car. Only after spike strips were deployed multiple times, did the car finally come to a stop. All men were apprehended, and police recovered ski masks and gloves from inside their vehicle. The clothing and shoes each of them was wearing matched what could be seen in video surveillance from six prior armed robberies. One robber wore a NASA sweatshirt at the first two of six robberies. He was arrested wearing that same NASA sweatshirt. 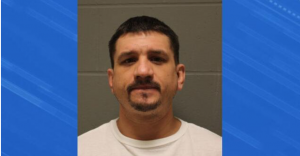 ALBERT LEA, Minn. – Getting caught with drugs after a high-speed chase in Freeborn County results in prison time for a Minneapolis man.

Matthew Douglas Ingram, 36, was sentenced Monday to nine years and 11 months behind bars.  Ingram pleaded guilty in November to one count of first-degree controlled substance crime.  Five other criminal charges were dismissed as part of a plea deal.

Ingram was arrested in August 2021 after a Minnesota State Trooper said Ingram was observed crossing the fog line twice on Interstate 90.  Court document state Ingram sped away from an attempted traffic stop, starting a chase that hit speeds of 134 miles per hour.  Even after running over some stop sticks, Ingram kept driving at up to 70 miles per hour until he spread debris all of the highway and his vehicle was running on three rims. 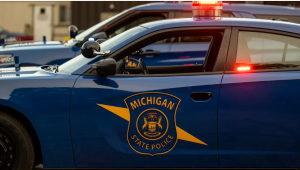 LENAWEE COUNTY, Mich. (FOX 2) – A woman in a stolen vehicle fled after causing a crash with a Michigan State Police trooper Friday in Lenawee County.

According to MSP, the 34-year-old woman start tailgating the trooper, who was in a fully marked patrol car, on M-50 near Downing Highway just after 7:30 p.m. She then started passing the trooper.

Police said the trooper slowed down to see if the driver was experiencing an emergency when she abruptly pulled in front of the trooper and braked, causing the trooper to crash into her. 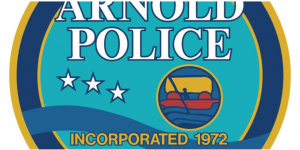 A 41-year-old Cincinnati man was arrested after he allegedly drove an SUV into an Arnold Police vehicle. The crash occurred after the suspect was found asleep at a traffic signal at Richardson Road and Richardson Square Drive, Arnold Police reported.

Officers got a call at approximately 4 a.m. Nov. 26 about the 2017 Nissan Rogue stopped at the signal for about 10 minutes. The man appeared to be asleep in the SUV with the engine running, the report said.