12/05/2022 November News: 24 Stop Stick News Stories from the last week of November and beginning of December. 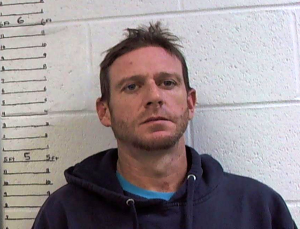 On Sunday evening around 7 p.m., Pettis County Joint Communications received information from Benton County of a wrong-way driver headed north on US 65 in the southbound lanes at speeds in excess of 100 miles per hour.

A Benton County Deputy was following the vehicle in the appropriate lane of the divided highway giving updates on the vehicle’s location; the vehicle was described as a dark-colored SUV. 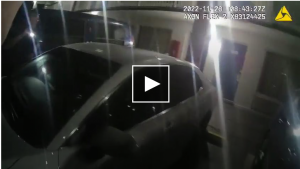 A Florida man was taken down by a K9 after deputies said he fled from police after a traffic stop.

Early Monday morning, deputies with the Volusia County Sheriff’s Office said they conducted extra patrols at a Motel 6 in Daytona Beach. The deputy’s body cam video shows 24-year-old Carlos Angulo being questioned by deputies. He was alerted that stop sticks were placed in front of his car and before he decided to speed off from deputies. 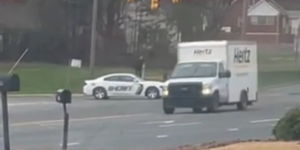 STANLY COUNTY, N.C. (WBTV) – One person has been charged after they led police on a chase through two counties on Sunday. According to the Rockwell Police Department, the chase began in Salisbury after a Hertz-rented Amazon vehicle was stolen.

The driver led authorities through the Town of Rockwell before the truck was stopped by stop sticks. 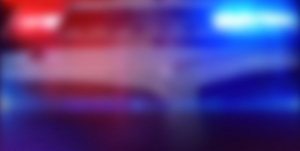 One person taken into custody after pursuit across South Bend, Mishawaka – Indiana

SOUTH BEND, Ind. (WNDU) – One person is in police custody after a 25-minute pursuit through South Bend and Mishawaka early Monday morning.

According to the South Bend Police Department, officers attempted to stop a driver with a felony warrant at Hickory Road and McKinley Avenue around 3:45 a.m. The vehicle did not stop for police, leading to a chase. 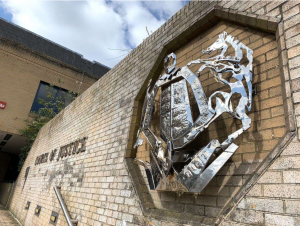 A COCAINE-fuelled motorist reversed at high speed down a busy dual carriageway against oncoming traffic to escape the police, a court heard.

William Bedford (28), of Hayward Close in Totton, was driving a Mercedes which drew police attention on the edge of the New Forest because it had an outstanding warrant on it. 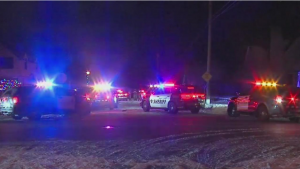 A man is in custody after an overnight crash in St. Paul that left two Ramsey County vehicles damaged.

A KSTP-TV photographer was at the scene — on Juliet Avenue at Lexington Parkway South, near Interstate 35E — at around 2 a.m. Friday.

The Ramsey County Sheriff’s Office says it was helping St. Paul police with a vehicle that was fleeing from officers for the second time overnight.

BERKELEY, Ill. (CBS) — A driver was arrested after a high-speed chase into the western suburbs early Friday, and he has been connected to a home invasion a day earlier in the Englewood neighborhood in which two men were pistol-whipped.

As CBS 2’s Sabrina Franza reported Friday, there were multiple scenes to the crime. We have been trying to get in touch with neighbors all day – but everyone with whom we spoke said the crime was so quiet, they had no idea it was even happening. 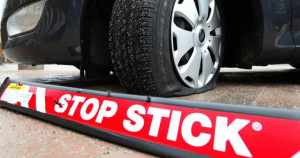 OCEAN CITY — Resort police officers are investigating an armed carjacking downtown that led to a multiple-county pursuit and ended with a fiery crash in Dorchester County.

Early last Friday morning, a concerned citizen informed Ocean City Police Department (OCPD) officers of a possible vehicle break-in in the area of Wicomico Street. While officers were on their way to investigate the report, they were dispatched to the area of Dorchester Street for a reported armed carjacking with a handgun, according to police reports. 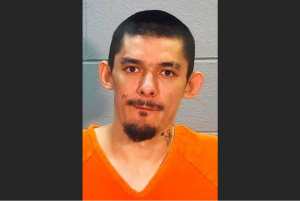 A Danbury man is facing new charges, on top of multiple criminal charges from several incidents that he was tied to this year, including a high-speed pursuit where he was allegedly so intoxicated he “tried to see how fast his car would go” in a multi-vehicle pursuit that ended when his Ford Explorer drove across  spike strips, leaving several tires flat and thrwoign the truck into the ditch.

Sheldon Thayer, 28, Danbury, was taken into custody last week by St. Croix Tribal Police, as he is facing several open criminal cases, including for the attempt to outrun police last June 26 near Danbury. The details on his latest charges are unclear at the moment. 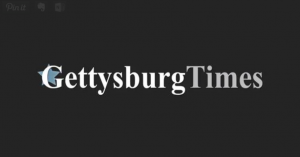 Devin Stough, 28, of Dillsburg, charged with one felony count each of fleeing police and aggravated assault in addition to other offenses, was held at York County Prison unable to post $100,000 cash bail, according to a magisterial docket. 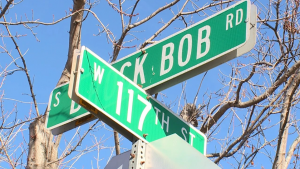 OLATHE, Kan. — A shooting suspect is in custody Thursday less than 24 hours after police say the gunman critically injured a victim.

That arrest comes after a winding pursuit in Johnson County, Kansas, ending with law enforcement using stop sticks in Olathe.

Officers from at least four different agencies were involved in the chase early Thursday afternoon. They took the suspect into custody before 2 p.m. near 117th and Black Bob Road. 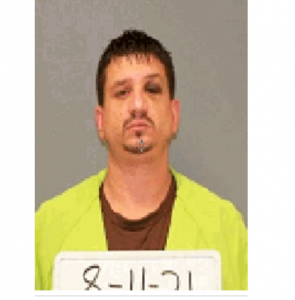 A Freeborn County District Court judge sentenced a Crystal man to 107 months in prison Tuesday who was found with over 200 grams of methamphetamine after a high-speed chase in August 2021 on Interstate Matthew Douglas Ingram earlier in November pleaded guilty to one count of felony first-degree controlled substance crime, a subsequent conviction.
Charges of felony fleeing a peace officer in a motor vehicle, felony possession of a stun gun, two counts of third-degree gross misdemeanor DWI and one count of misdemeanor driving after revocation were dismissed. 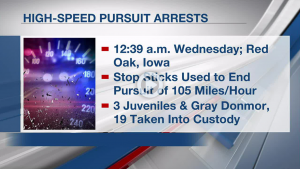 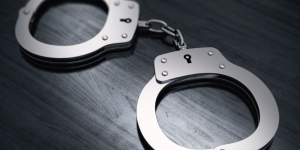 2 in custody following pursuit that started in Independence, ended in KCMO – Missouri

Police tried to stop the car, which had a stolen license plate on it, around 3:45 p.m. near E. 23rd Street and S. Sterling Avenue.

The driver refused to stop, sped off, and went into Kansas City.

The chase went onto northbound I-35 and into the city’s northland. At time speeds reached up to 95 miles per hour. 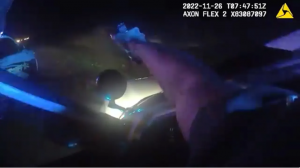 Investigators first spotted the car early Saturday morning in a neighborhood driving without its lights on. Deputies used stop sticks to disable the car which came to a final stop on I-4.

Sheriff Mike Chitwood tells FOX 35 News the teens were likely trying to break into cars. He says deputies found high-value items in the car along with 52 rounds of ammunition. 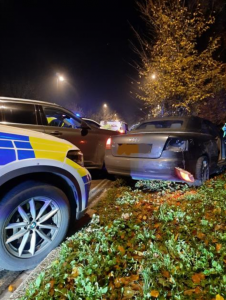 The car was found in Battery Hill this morning (November 30) and was chased to Bassett Avenue in Southampton where it was stopped using a stinger. Two men, both from Southampton, remain in custody.

A police spokesman said: “We were called at 12.22am on Wednesday November 30 after an Audi A4 linked to attempted burglaries and thefts in the Eastleigh area was spotted. 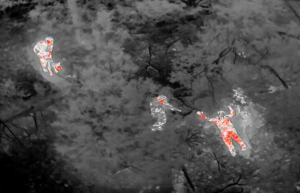 La Plata County Sheriff’s deputy Steven Reiter was patrolling U.S. Highway 550 near Hermosa on Monday night when he spotted a Ford F-150 with no taillights traveling southbound at 90 mph.

Just as Sky2 arrived to the scene of a pursuit with a stolen vehicle suspect, a successful spike strip brought the chase to an abrupt end in Reseda. At least three suspect were taken into custody.

The Montgomery County sheriff’s office reported that the pursuit began about 12:39 a.m. when deputies attempted a traffic stop at Highway 34 and E Avenue, west of Red Oak. 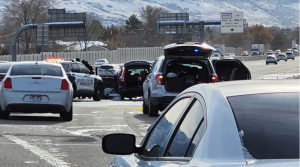 Layton police said a shooting on the freeway occurred, prompting the closure. The suspect is in custody and no officers were injured, police said. 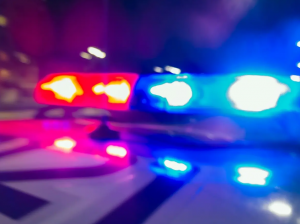 A Savannah man fleeing from Fairburn police into Fayette County on Nov. 28 was taken into custody after having his vehicle disabled in Fayetteville and fleeing on foot. He was tased by officers only a couple of blocks from the Fayette County Jail. 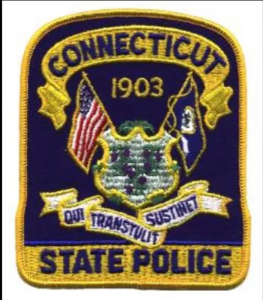 (November 27, 2022)—The Connecticut State Police had 5,649 calls for service, assisted 258 motorists, responded to 338 accidents (2 serious, New Britain and Glastonbury, 3 fatal, Wallingford, Milford, and West Haven), made 36 DUI arrests, and issued 247 citations for speeding. We issued 787 infractions for violations (to include: seatbelt, unsafe lane change, following too closely, move over, distracted driving, etc.) These are reflective of the time period starting at 12:00 a.m. on Wednesday, November 23, 2022, to 7:00 a.m. on Sunday, November 27, 2022. 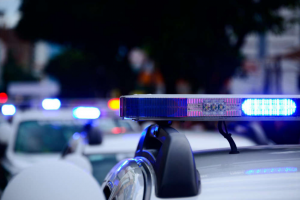 Officials say a suspect in a stolen vehicle escaped from officers on foot after leading police on a pursuit that began in Spring Grove and ended in Waukegan Saturday morning.

Officers were attempting to stop a 2005 Ford F-350 pickup truck because it was reported as stolen. 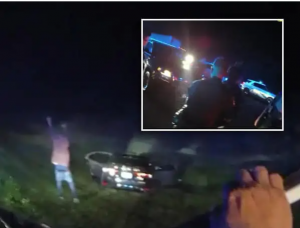 Four Florida teens have been arrested after running from deputies, and a rash of vehicle robberies was thwarted over the weekend.

According to investigators, Volusia County Sheriff’s Office Deputy Bergeron spotted the vehicle “rolling slowly” through a neighborhood with its headlights off.

MILWAUKEE – One person was taken into custody Monday morning, Nov. 28 following a police pursuit that began in West Allis and ended in a crash in Milwaukee. The vehicle was reported stolen.

According to police, around 12:30 a.m. a West Allis officer attempted a traffic stop in the area of 95th Street and Greenfield Avenue. The officer was trying to stop the vehicle as the registration plate displayed did not match the vehicle.