With over 400,000 vehicles equipped across the U.S. and around the world and over 40,000 documented pursuits ended safely, Stop Stick® is law enforcement’s most trusted brand today. We are committed to serving those who serve us by providing training and proven safe, simple-to-use, and effective tools. 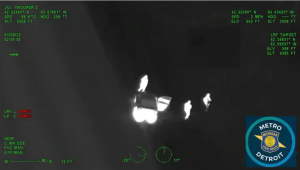 TOPEKA, Kan. (WIBW) – A Topeka man is behind bars after he allegedly led officers on an overnight car chase in a stolen SUV.

HIGHLAND PARK, Mich. (FOX 2) – Reports of street racing in Detroit eventually led to the arrest of three people involved in a high speed chase with Michigan State Police over the weekend.

The suspects were caught after the police department’s chopper managed to track the fleeing Dodge Charger from Detroit to Washtenaw County – including one being found in a dumpster.

The chase was posted on Twitter along with a breakdown of the chase and arrest.

Three suspects were arrested and three illegally possessed guns were seized, including one with an extra high capacity drum magazine, after suspects attempted to elude Portland Police officers.

On Friday, January 6, 2023 at 11:15p.m., an East Precinct officer saw a black 2006 BMW 750 driving erratically and speeding in the area of Southeast Division Street under Interstate-205 freeway. The officer initiated a traffic stop, but the driver of the BMW accelerated further as he merged onto Northbound I-205. The officer did not pursue. A short time later, the Portland Police Air Support Unit located the car, still speeding, merging to westbound I-84. The driver continued on and off the freeways for about 20 minutes, recklessly running multiple red lights and driving as fast as 100 miles per hour in residential areas.

The Delaware State Police have arrested 50-year-old Martin Lagasse of Millsboro, Delaware on felony drug charges and other offenses following a vehicle pursuit that occurred early this morning.

On January 7, 2023, at approximately 2:18 a.m., a trooper patrolling the Millsboro area observed a 2016 blue Kia Forte traveling southbound at a high rate of speed on Gravel Hill Road south of Zoar Road. The trooper attempted to stop the Forte, but the driver did not comply and instead fled eastbound on Mount Joy Road. As the car approached John J. Williams Highway, another trooper deployed Stop Sticks on Mount Joy Road, which deflated one of the Forte’s tires. The car continued eastbound onto Oak Orchard Road at a high rate of speed and eventually stopped on Delaware Avenue. The driver exited the car and began running away, but the trooper was able to take him into custody after a short foot chase and taser deployment. 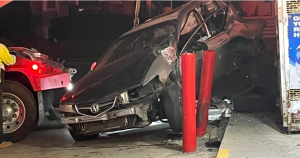 WEST ALLIS, Wis. — Two teens have been arrested after a police pursuit led to a crash in West Allis early Saturday morning.

The incident began near 70th and Rogers when West Allis police saw an Acura driving at a high rate of speed. Police attempted to stop the vehicle but the driver fled and sped through a stop sign.

The West Allis officer continued to pursue the vehicle and stop sticks were deployed. The driver lost control of the vehicle, and crashed into a light pole and then concrete posts located in a parking lot in the area. 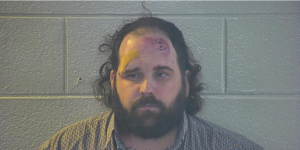 They responded to call describing a driver as drunk. Once officers arrived, they found 38-year-old Michael Barry, out of Richmond, VA, in a truck.

He resisted arrest and drove from the scene shortly after police arrived, leading to the chase.

Police deployed “stop sticks,” which are designed to flatten tires, and successfully caught one tire, but Somerset Police PIO Shawn Dobbs said Barry did not stop there. 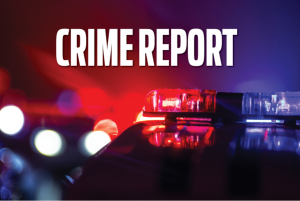 The Flagler County Sheriff’s Office found 13 catalytic converters in the trunk of a BMW that was pulled over for a stolen license plate.

FCSO deputies were initially responding to a BMW driving eastbound on Palm Coast Parkway using plates that were stolen out of Osceola County on Dec. 17. Deputies used stop sticks to deflate the vehicle’s tires, but the driver was able enter onto Interstate 95 southbound at a “high rate of speed,” according to a press release from the sheriff’s office.

The vehicle eventually became disabled near the 279 mile marker, the release said. 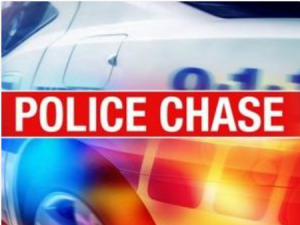 Lawrenceburg, IN — Several agencies had a hand in ending a police chase that began in Dearborn County Thursday morning and ended near Batesville.

It started around 10:20 am when Lawrenceburg Police Officers tried to stop a red pickup truck near US 50 and Tanners Creek Drive.

As the officers approached the stopped vehicle from both the driver and passenger sides, the driver took off and headed west on 50. 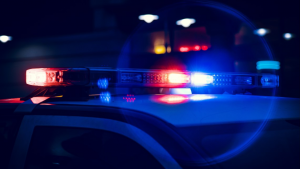 Indianapolis man arrested after I-65 chase near Lafayette – Indiana

INDIANAPOLIS — Indiana State Police arrested a man from Indianapolis Wednesday night after he led police on a chase on Interstate 65.

According to police, a trooper was patrolling I-65 near Lafayette when he stopped a 2014 Nissan Altima, driven by 28-year-old Isiah Williams, for speeding.

As the trooper approached the vehicle, police said Williams drove away and headed north on I-65.

JACKSON, Miss. (WLBT) – The search has been called off for a man involved in a hit-and-run near the Target in Jackson.

According to Ridgeland Police Chief Brian Myers, the call about the hit-and-run came in about 4:00 Friday afternoon.

Although the incident happened in Jackson, the Ridgeland Police Department responded.

A Winamac man was arrested on Wednesday morning after leading police on a chase through parts of Logansport and Cass County.

According to Logansport Police Department Sgt. Clayton Frye, LPD Sgt. Brett Funk was patrolling the area around South Cicott St. at 1:20 a.m. when he saw a southbound gold Buick Century hit the curb. Funk turned on his vehicle’s flashing lights and attempted to conduct a traffic stop, but the Buick fled.

Camillus Police have arrested a 23-year-old Camillus man following a domestic investigation and a stolen vehicle.

While officers were responding to a domestic call on Myron Road, the victim said she was looking for her son who had left the scene.

While speaking to the victim, officers received a call that a 2003 white-colored box truck was just stolen in the area. 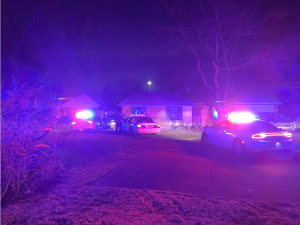 IMPD: Man in police pursuit ditches car, runs across I-465, gets into INDOT truck – Indiana

INDIANAPOLIS — A man was arrested early Thursday morning after IMPD said he led officers on a police pursuit in which he ditched a vehicle in someone’s front yard before running across I-465 and hiding in a ditch.

Police said it began around 3:39 a.m. when a driver in a Dodge Charger jumped the median and went into oncoming traffic at 10th and Shadeland. The driver was found to be asleep at the wheel when IMPD arrived. 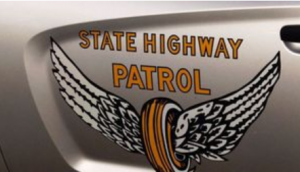 1 taken into custody after pursuit, foot chase on US-35 in Greene Co. – Ohio

One person was taken into custody after they led troopers on a pursuit and foot chase that ended in Greene County Wednesday afternoon.

Around 5 p.m. the Springfield post of the Ohio State Highway Patrol spotted a car that was reported stolen out of a gas station in Union County.

Troopers continued to pursue the vehicle on US-35 until it stopped after stop sticks were deployed by troopers in the area of Jasper Road in Xenia Township.

A Saltville woman is being held without bond following a Wednesday morning pursuit with Smyth County deputies.

According to a release from the Smyth County Sheriff’s Office the pursuit lasted about 15 minutes and took deputies on secondary roads in the Riverside, Thomas Bridge and Sugar Grove sections of the county.

The chase came to an end after deputies deployed spike strips to deflate the tires. The release said no injuries or property damage was reported.

The vehicle, a 2013 Toyota, was reported stolen out of Saltville late yesterday.

Pierce County sheriff’s deputies were assisted by a Tacoma Police Department K9 and other law enforcement agencies in arresting an assault suspect after a chase in Pierce County on Wednesday.

According to the sheriff’s department, a 911 caller at noon reported a “suspicious” white Range Rover with plastic covering its windows and no license plates parked at 20th Street East and 88th Avenue East in Edgewood since 5 a.m.

When deputies arrived, they saw the driver of the car passed out inside. The man suddenly woke up and sped away in the car.

Arnold Police are searching for several men who reportedly were seen trying to get inside vehicles parked outside the Fox Chase Apartments off the West Outer Road. The men got away in a gray Acura with Oklahoma license plates, and police later determined the car had been stolen, authorities reported.

At about 4:50 a.m. Dec. 20, Arnold Police received a report that six men wearing hoodies were trying to enter vehicles at the apartment complex. Police arrived, and the men fled in the car, the report said. 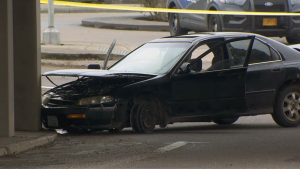 A Corvallis man is facing several charges after a car chase and a shootout with law enforcement on Monday, Albany Police said.

The man, identified as 40-year-old Stephen Anthony Schmidt-Shelton, was initially taken to the hospital with minor injuries, but has since been booked into the Linn County Jail on attempted murder and several other charges.

There were no other injuries reported from the incident.

YUBA CITY, Calif. — A Yuba City man is being held at the Sutter County jail after he allegedly rammed a patrol vehicle an with officer inside.

Officers found the truck in a parking lot on Stabler Lane, at which time they say Mattu saw police and put his truck into reverse towards the patrol vehicle. The officer got out of the way, but the truck crashed into two planter boxes and a chase began. 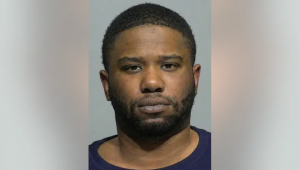 WEST ALLIS, Wis. – A 28-year-old Menomonee Falls man faces multiple charges following a high-speed chase and crash that ended in West Allis on Dec. 15. The accused is Frederick Euell – and he faces the following criminal counts:

An alleged drugged driver who rode on flattened tires as he led state and local police on two pursuits overnight was arrested after he lost control of his car and crashed off a highway on the South Shore.

Michael J. Goncalves, 25, of Plymouth, is slated to be arraigned in Plymouth District Court on charges including OUI drugs, failure to stop for police, negligent operation of a motor vehicle, marked lanes violation, number plate violation, excessive window tint, and speeding, according to Massachusetts State Police.